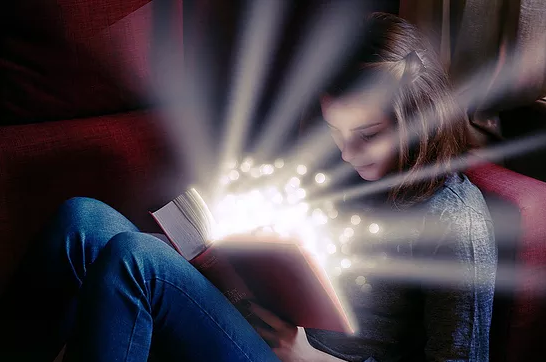 While a truly magic wand may be a less-than once in a lifetime encounter, the world of Harry Potter may be more quickly approaching than previously thought.  With new patent US 9,888,090[1] for “Magic wand methods” (the ’090 patent) Intel has put patent protection on a wand straight from Ollivanders.  The wand, a device preferably connected with smart home systems, allows a user to command their electronics with the flick of the wrist and a voice command.  Whether you want to say Alohomora, or just open, is up to you.

Via the Internet of Things, more and more connections are being made between the devices in one’s house.  From video game controllers to light switches, everything can connect to the Internet and be controllable from a single object.  As systems become more complex, a single device capable of controlling them will become more advantageous.  These products are only becoming increasingly popular.  It is estimated that voice-powered smart speakers will be in 55% of U.S. households by 2022.[2]  With this market growing so quickly, it is no doubt that companies large and small will try to capitalize on niche markets representing pop culture to continue to drive sales.

Intel’s new wand patent is not written to just cover the world of Harry Potter, but also functions as a useful tool, that could be made and properly used generically. While the patent may contain the word wand, for PR reasons or otherwise, the patent is still valuable along other product lines.  The system is designed in a way to have a wand which is capable of hearing voice controls and gathering the user’s fingerprints or heartbeat to use as user authentication.  While the trademark for Harry Potter might not be readily available for Intel to incorporate with their product, the benefits of this device could be accomplished through a modern TV remote or video game controller.  In this way, Intel has found a way to both market their device through creative claim word choice, while also maintaining broad patent coverage.

The patent’s claims are to be read in view of the patent’s specification.  In Intel’s specification of the ’090 patent, Intel recites a broad array of things which the wand may refer to.  Some as closely related as a staff or baton, but also extends their reach to include a plush toy or lacrosse stick.  Intel also claims spells in their patent.  However, while the language looks cute to those who may have never read a patent before, the word spell could have been replaced by input.  Thus, while the patent may look like it is covering magic, Intel has actually just found a playful way to word their claims.  While this practice may not turn out the best in litigation, the patent has sure found traction going viral, or at least perked the ears of those at Disney, looking to make more of their trademarks truly come alive.  For example, a new patent shows gloves that can control holograms, in likeness to ‘the force’ in Star Wars.[3]

As a small entity or large corporation these may be things to consider when patenting your inventions.  Sometimes, the feasibility of personally manufacturing and selling is not there, and a little marketing is the beneficial part of the patent.  Language that speaks to the public, creating what sounds like a desired product may be more than half the battle in a successful campaign.  However, it is prudent to remind yourself that come litigation, a wand performing spells might not always receive the most favorable claim construction.