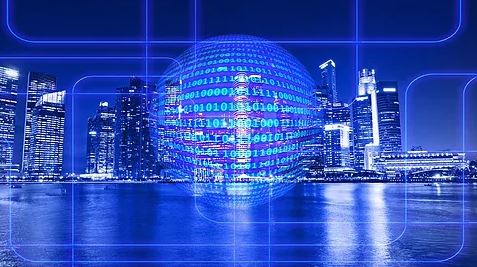 On December 14th, the FCC voted to repeal Net Neutrality regulations that have been in place since 2015. The regulations prevented internet service providers from blocking websites or charging for higher bandwidth. Now, without these regulations in place, Internet service providers (“ISPs”) will be able to charge prioritization fees. That is, companies doing business over the internet will have to pay a fee to have their data prioritized and transferred at rates faster than others.

As with any change to the way technology is governed, innovation is bound to follow. With the repeal of Net Neutrality, innovation could come from both ISPs taking advantage of newfound freedom, or from companies with an interest in building work-arounds against new technological patterns, like bandwidth throttling. Any new technology rooted in the computer sector will benefit from patent protection, but such protection will be critical for protecting new systems distributing content under the new regulatory landscape.

For example, compression technologies will become more valuable if ISPs charge for bandwidth. Thus, companies that can efficiently and effectively compress their data will save money by not paying the ISP for higher bandwidth allocations. Another area ripe for innovation will be the ability to direct bandwidth, or prioritize certain data at large internet junctions.

Notably, smaller companies or start-ups should be even more focused on patenting their innovations to ensure they can compete with the behemoths of the tech world, such as Amazon. Internet-based start-ups will be facing a new obstacle to attracting new customers if bandwidth becomes more expensive. Thus, these companies may find themselves licensing their new technology, rather than building a new customer base.

The full effect of the change in net neutrality regulations won’t be realized for years to come. Therefore, it is important for smaller companies and start-ups to have solid IP practices in place now to be prepared for any eventuality. The following are four tips for companies developing new technologies. (1) Make sure to protect your ideas during development. A company will likely work with many different companies/people, including developers, contractors, manufacturers, and other innovators. Therefore, it is important to have Non-Disclosure Agreements (“NDAs”) in place so that these parties know that the idea and any improvements are owned by your company. An NDA will also prevent them from disclosing your ideas to others. (2) Know your market. If you are familiar with the technology already on the market, it will be easier to identify the aspects of your invention that are patentable. (3) Engage with IP counsel early. Even if you are not ready to patent your idea, it is important to be prepared to safeguard your ideas. Also, in fast moving technological sectors, it may be critical to file a patent on your idea quickly before your competitors file patents on similar ideas. (4) Consider potential global market expansions. Carefully consider where you want to patent your inventions. Filing around the world can be very costly, so many companies only file patents in key markets, such as the US and Europe. However, it is important to understand that once you decide not to file in a jurisdiction, such as the EU or Asia, you won’t get a second chance. However, advantageously, your filed patent will still work to block your competitors from filing in those jurisdictions since your filed patent will be considered prior art to theirs. In sum, knowing the eventual intended growth of your market, and communicating it with your IP attorneys from the beginning will help build a solid IP foundation.