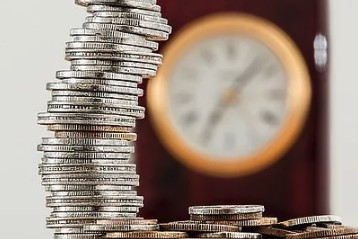 The USPTO’s “count system” is used to try to objectively measure examiner performance, and the categories “production” and “docket management” are over half of overall examiner performance measurement.[1] The reason it is important to understand the count system is that it incentivizes Requests for Continued Examination (RCEs).

An RCE is a mechanism at the US patent office to reopen prosecution of a patent application after receiving a final office action. Basically, the applicant is paying the Office to conduct an additional prior art search in light of claim amendments (compare USPTO RCE fees of $1300/$1900 with basic filing, search, and examination fees of $1720). An RCE is a form of case disposition and examiners are credited (and compensated) for pushing applicants to file RCEs.

Incentives for RCEs under the count system are demonstrated below[2]:

The alternative for the applicant is to pursue an appeal rather than an RCE. No counts are credited to the examiner if rejections are reversed on appeal since the application will simply return to its prior stage of prosecution. Reasons often given for pursuing an RCE over an appeal are time and cost, but they pale in comparison to the claim scope that can be obtained by pursuing an appeal without claim amendments. In addition, filing an RCE is no guarantee of allowance and an emboldened examiner may issue a subsequent office action (or even coerce another RCE), pushing up costs for the applicant.

USPTO fees are $1300 for the first RCE and $1900 for subsequent RCEs, compared with over $3,000 for appeal. However, the applicant often does not need to spend $2,240 of that to forward the appeal to the Board because the examiner may simply reopen prosecution rather than file an answer (see, e.g., https://www.whipgroup.com/news/prosecution-reopened-following-successful-pre-appeal-brief/). In fact, we often see a notice of allowance issued in response to the filing of an Appeal Brief (see, e.g., https://www.whipgroup.com/news/appeal-brief-results-in-allowance/). There is no incentive for examiners to fight on appeal and losing can negatively impact an examiner’s “quality” performance measurement.

Perhaps most importantly, statistics show that Appeals are successful. At WHIPgroup in 2017, we had an 81% success rate in reversing examiner rejections on appeal (https://www.whipgroup.com/news/2017-stats-whipgroup-continues-to-excel-in-ex-parte-appeals/). And an Appeal means that the applicant did not have to further limit claim scope.

It pays to be aggressive in patent prosecution. An RCE should typically only be pursued when amending claims to add something new from the specification (otherwise, the search fee has already been paid). A good appeal has a high chance of success and will result in broader protection, which is the end-goal of all patent prosecution.