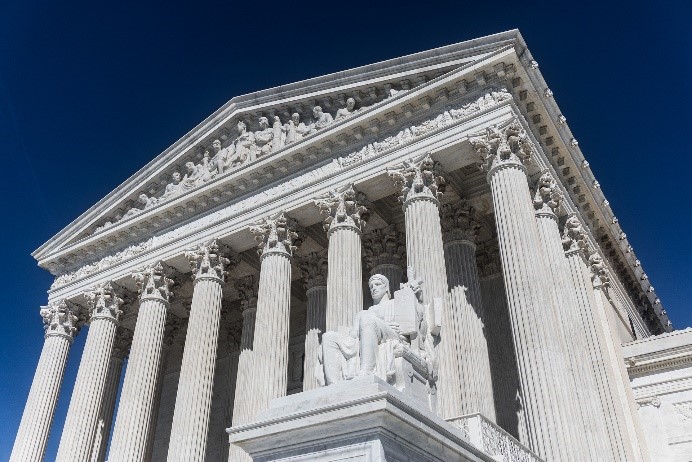 Earlier this month WHIPgroup asked the Supreme Court to take up the important issue of whether a court can overlook factual allegations in a patentee’s infringement complaint at the pleading stage and find that the asserted patent is invalid for being directed to ineligible subject matter. To obtain a patent an inventor must disclose an invention that is directed to “patent eligible” subject matter. Upon issuance, a patent is legally presumed to be valid and properly eligible. A determination of patent subject-matter ineligibility requires resolution of issues of fact, including whether an invention is commercially successful, that must be construed in the patentee’s favor at the pleading stage.

In WhitServe v. Donuts Inc., WhitServe filed a complaint alleging infringement of two valid patents. In support of its allegations of infringement and validity, WhitServe’s complaint addressed the over twenty licenses it has granted to the asserted patents since 2006 to Donuts’ competitors in the fields of intellectual property management and domain registration. On a motion to dismiss, the district court concluded that the claims are directed to patent-ineligible subject matter and did not address or consider WhitServe’s licenses. On appeal, the Federal Circuit affirmed the district court’s holding.

The basis for WhitServe’s appeal to the Supreme Court includes the alarming rate at which courts are finding patents ineligible at the pleading stage despite patentees’ factual assertions to the contrary. As stated by WHIPgroup on behalf of WhitServe, this legal error occurred in the proceedings below and is occurring in courts throughout the country “at unprecedented levels.” ”Without [the Supreme] Court’s substantive review, the lower courts’ error has been established as the ‘law of the land’ in the United States and has been and will continue to be replicated throughout the country (with increasing frequency) to the detriment of quintessential American innovators like WhitServe.” Accordingly, the Supreme Court should take up the important question raised by the petition to ensure courts are dutifully carrying out their dismissal analyses and inventors are actually afforded the presumption of validity and eligibility conferred upon them by Congress.

A copy of the Supreme Court petition can be found here.

Third-party publications concerning the petition include the following: