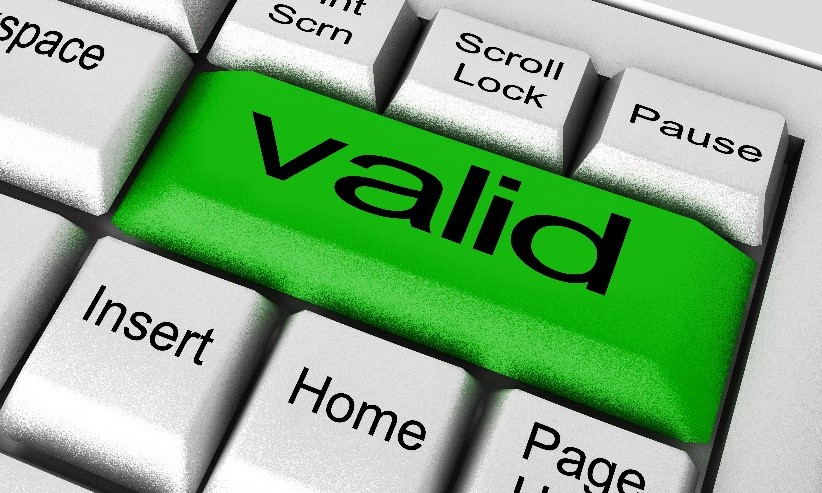 The presumption of patent validity springs from the legal concept of administrative correctness.  In other words, The US Patent Office is presumed to have done its job in issuing a US Patent.  See Microsoft Corp. v. i4i Ltd. Part., 131 S.Ct. 2238, 2243 (2011).  “To receive patent protection a claimed invention must, among other things, fall within one of the express categories of patentable subject matter, [Sec.] 101, and be novel, [Sec.] 102, and nonobvious, [Sec.] 103.” Id. at 2242.  As the Supreme Court has recognized, in evaluating whether these and other statutory conditions have been met, PTO Examiners must make various factual determinations. See id.

The US Patent Office’s job is to apply the US statutory law for granting patents.  So that there could be no confusion about the intended administrative correctness of patentability determinations, the presumption of patent validity was explicitly codified into US statutory patent law in 1952. See 35 U.S.C. § 282.  The Federal Circuit (See American Hoist v. Sowa & Sons, 725 F.2d 1350 (Fed. Cir. 1984)) and US Supreme Court (See Microsoft, 131 S.Ct. at 2246) have regularly held that defendant’s burden of proof to overcome the statutory presumption requires clear and convincing evidence of invalidity.  Justice Breyer’s concurring opinion in Microsoft (joined by Justices Scalia and Alito) went on to emphasize that the presumption of validity applied to questions of fact as opposed to pure questions of law.

In the last few years however, politics continue to malform US patent law, and courts have increasingly found software patents invalid as being directed towards patent ineligible subject matter, raising the question of to what extent eligibility is included within the presumption of validity.  Some commentators have called for intervention by the Supreme Court, but in the authors’ views, only Congressional action can exempt software patents from Sec. 282.

In Cellspin Soft, Inc. v. FitBit, Inc., the Northern District of California recently awarded over $500k in attorney’s fees to defendants after dismissing plaintiff’s patent infringement action based on four different patents which the Court found failed to satisfy the eligibility requirements of Sec. 101.  Plaintiff argued that it reasonably relied on the presumption of validity in bringing the infringement actions, but the Court ruled that while patents are presumed valid under Sec. 282, they are not presumed eligible under Sec. 101. Citing Judge Mayer’s concurring opinion in Ultramerical v. Hulu, 772 F.3d 709, 721 (Fed. Cir. 2014), the Court held that Cellspin “cannot hide behind its own refusal to analyze its patents critically.”  Cellspin has appealed.

The Cellspin Court’s reliance on Ultramerical seems misplaced in view of the Federal Circuit’s recent opinion in Berkheimer v. HP, 881 F.3d 1360 (Fed. Cir. 2018).  In Berkheimer, the Federal Circuit held that at least as to some claims, “the district court erred in concluding that there were no underlying factual questions to the Sec. 101 inquiry.”  Id. at 1369.  If Sec. 101 eligibility includes a factual determination by the US Patent Office then the presumption of validity applies to Sec. 101 according to the reasoning of Justice Breyer’s concurring opinion in Microsoft, decided by the US Supreme Court some years prior to Berkheimer.

Moreover, as the majority in Microsoft pointed out, in deciding whether to grant a patent, the PTO must examine whether the claimed invention is directed to patent-eligible subject matter.  Indeed, the Manual of Patent Examining Procedure Sec. 2106 provides express instructions for Examiners evaluating whether the claimed subject-matter is patent-eligible.  If the presumption of patent validity stems from the legal concept of administrative correctness, as the Supreme Court in Microsoft so stated, then excluding eligibility from the presumption of validity “convert[s] the protection of the patent grant a hollow and useless thing” for software.

Practice Tip: When challenged with a Sec. 101 claim that an asserted patent is directed towards patent-ineligible subject matter, raise an issue of fact protected by the presumption of validity and requiring proof by clear and convincing evidence.