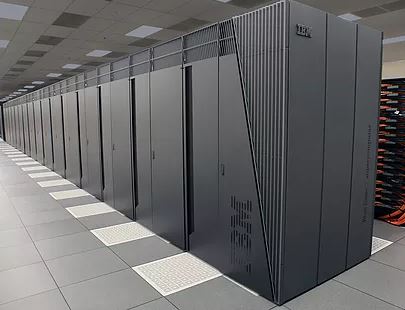 Just a few days ago, IBM Corp. sued Expedia, Inc. and its subsidiaries for infringing four of its patents. This suit comes only one day after IBM settled a patent dispute over the same four patents with Expedia’s rival travel firm – Priceline Group Inc. This suit, and IBM’s consistent aggressive strategy, serves as a reminder of how important it is to protect your intellectual property and the power of aggressively enforcing those rights once you have earned them.

In its complaint, filed in Delaware, IBM alleges that “Defendants have built their business model on the use of IBM’s patents.” IBM alleges that Expedia, which owns a range of other travel sites including Orbitz, Hotwire and Hotels.com, is breaching patents relating to how online content is delivered to customers. The four patents in question relate to early internet technology. Specifically, they cover ad technology, sign-ups, tracking communications and various other aspects used by Expedia’s sites. According to IBM, Expedia misappropriated this technology to earn more than $8 billion in revenue in 2016.

IBM claimed that it had contacted Expedia in 2014 to inform them that they were infringing the patents and has since attempted to work with Expedia on a licensing agreement. Despite IBM’s repeated attempts to negotiate, defendants refuse to negotiate a license. IBM states that “[b]ecause IBM’s over six-year struggle to negotiate a license agreement that remedies defendants’ unlawful conduct has failed, IBM has been forced to seek relief through litigation.” IBM is seeking an injunction to have Expedia and its subsidiaries stop using the patented technology, and it’s also seeking royalties “on the billions of dollars in revenue that defendants have received based on their infringement.”

The suit comes one day after IBM announced that it had settled a suit against Priceline based on the same patents. Although the details of the settlement were confidential, IBM said in a statement that that as part of the deal, “parties will obtain patent cross-licenses to each company’s worldwide patent portfolio.” That isn’t the first time IBM has settled with those it alleged had infringed its patents. In 2014, for example, IBM settled a similar patent infringement dispute with Twitter Inc.

In its complaint, IBM explained that it invests “billions of dollars” annually in its research and development and that its portfolio of more than 60,000 patents “benefit society.” It said: “Given the investment IBM makes in the development of new technologies and the management of its patent portfolio, IBM and its shareholders expect companies to act responsibly with respect to IBM’s patents.” “IBM facilitates this by routinely licensing its patents in many fields and by working with companies that wish to use IBM’s technology in those fields in which IBM grants licenses. When a company appropriates IBM’s intellectual property but refuses to negotiate a license, IBM has no choice but to seek judicial assistance.”

IBM repeatedly advances this message that its aggressive protection of its patent portfolio is beneficial to society. In IBM’s press release for the Priceline settlement, William Lafontaine, general manager of IP for IBM, said: “IBM takes pride in its reputation and track record for innovation. This agreement further demonstrates the value of our intellectual property that results from this innovation.”