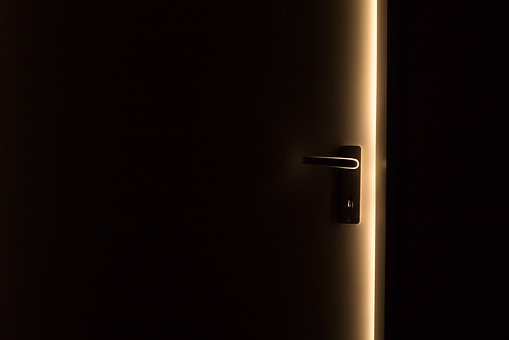 Odds are, if you work at all in the patent space, you’ve heard a bit about the Supreme Court’s 2017 decision in TC Heartland LLC v. Kraft Foods Group Brands LLC, 137 S. Ct. 1514 (2017) (“TC Heartland”). It is indisputable that TC Heartland upended the calculus of patent owners in determining where to sue alleged infringers. For nearly 30 years it was the case that a patent owner could essentially sue anywhere infringement was occurring. But now, as a result of TC Heartland, patent owners are limited to an alleged infringer’s state of incorporation (a straightforward analysis) or a place where the alleged infringer has “has committed acts of infringement and has a regular and established place of business” (a more complicated analysis). While the phrase “regular and established place of business” could be seen as being limited to brick-and-mortar establishments, good lawyering exploits ambiguity, and the phrase provides an opportunity for interpretation.

WHIPgroup is on the forefront of this discussion as a new body of patent venue law emerges. Recent casework by WHIPgroup has proven there is still room for patent owners to operate in districts in which infringers do not operate actual storefronts. In particular, in RegenLab USA LLC v. Estar Technologies Ltd. et al., 16-cv-08771-ALJ, WHIPgroup persuasively argued that a “regular and established place of business” can exist in a district when an alleged infringer only has employees with home offices and when sales are made online.

Before diving into the specifics of RegenLab v. Estar, it is important to understand the significance of patent venue. Again, “patent venue” is essentially where patent owners can sue infringers and, inversely, where infringers can be sued. Deciding where to bring a patent infringement lawsuit is a significant and consequential decision. For instance, being forced to sue in a geographically inconvenient district could increase the costs of litigation. Patent owners also typically like to sue in their “home town” as their name will likely be familiar to jury members. Likewise, suing in an alleged infringer’s “home town” could also impact how a jury views the infringer and its conduct.

More importantly, however, U.S. District Courts around the country often have specific “Local Patent Rules” that can structure the flow and speed of a case. These Patent Rules have historically drawn lots of attention by patent owners and litigators, leading to deep patterns in where new cases are filed. This, in turn, leads to certain courts and judges garnering significant expertise in patent cases relative to their peers, which further entrenches the filing patterns.

The Eastern District of Texas is a prime example. Over the last 30 years, the Eastern District, long known as the “rocket docket,” has developed a strong reputation for being a quick, efficient, and patent-friendly district, in part due to the Patent Rules there. By way of example, from January 1, 2016 through May 22, 2017 (the date of the TC Heartland decision), the Eastern District was far and away the most active patent district, hosting nearly 40% of newly-filed cases:

But TC Heartland bucked this trend. To repeat and avoid the legalese, TC Heartland determined that a patent owner can no longer sue in a district merely where the infringement is occurring. The alleged infringer must either be incorporated in the district or have “a regular and established place of business” there.  And while many companies operate in the Eastern District of Texas, fewer companies there have a headquarters or a physical store. This led to a substantial re-distribution of newly-filed patent cases in 2018:

Docket Navigator, 2018 Year In Review. As is clear, other districts (generally with greater numbers of incorporated entities) absorbed cases from the Eastern District of Texas, such as the District of Delaware, the Northern and Central Districts of California, and the Southern District of New York.

Aside from legal ramifications, the impact of TC Heartland has also affected business decisions. It was recently reported that Apple is moving stores out of the Eastern District to avoid being sued the there. (See exemplary coverage here.) Time will tell if other companies follow Apple’s lead.

But patent owners have not completely lost their autonomy in choosing where to enforce their patents. In RegenLab v. Estar, WHIPgroup persuasively argued that, even though a defendant (Eclipse MedCorp (“Eclipse”)) did not have a brick-and-mortar establishment in the Southern District of New York, their business model was such that they still had a “regular and established place of business” there.

By way of background, RegenLab USA LLC (“RegenLab”) is a technology innovator and provider of medical and pharmaceutical products. In RegenLab v. Estar, RegenLab alleged that Estar Technologies Ltd. (“Estar”) and Eclipse infringed one of RegenLab’s patents. Eclipse—a Texas company—argued that, because it had no storefront in the Southern District of New York, and only one employee with a home office in New York (Eclipse alleged all its employees worked from their homes), it could not be sued in Manhattan.

WHIPgroup rejected Eclipse’s assertions, arguing that Eclipse’s business model required local employees residing near the Southern District of New York to work in the District and this constituted a “regular and established place of business” of Eclipse. The Court agreed with WHIPgroup. Specifically, the Court held that “as all Eclipse employees work from home, home offices constitute a primary physical location for Eclipse’s business.” In responding to Eclipse’s arguments, WHIPgroup identified LinkedIn job postings in or around New York City that required Eclipse employees to meet with customers, demonstrate product use, and provide presentations locally. These job requirements necessitated that Eclipse employees live near and travel to New York City to perform job functions on behalf of and at the behest of Eclipse. The Court agreed in stating that “these tasks necessitate proximity to customers” in the Southern District and ultimately concluded that “RegenLab has met its burden of establishing that Eclipse has ratified a regular and established place of business in New York.”

For Patent Owners: Though the patent venue landscape has changed, a patent owner is not limited to suing only where the infringer is incorporated or has a physical building. Especially as online and remote-worker businesses continue to grow, the circumstances surrounding the practicalities of employee tasks can provide an avenue for patent owners to sue for infringement in more favorable districts.

For Accused Infringers: A legal framework is being established in which a defendant essentially could, through business and logistical decisions, dictate where it can be sued for patent infringement. The circumstances are too varied to recount here, but if you are interested in creating a long-term strategy to provide greater certainty in your litigation exposure as it concerns patent venue, please contact WHIPgroup.