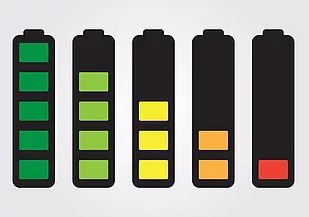 “The court in exceptional cases may award reasonable attorney fees to the prevailing party.” –35 U.S.C. §285

Under Section 285, a court is empowered in exceptional cases to award attorney’s fees to the prevailing party. The prospect of paying an opponent’s fees in an expensive infringement suit can make even the most practiced litigant nervous. Courts have found cases exceptional where the patent holder failed to perform a reasonable pre-filing inquiry and filed a frivolous lawsuit as a result. Therefore, it is important to conduct an adequate pre-filing investigation prior to filing a patent infringement suit. A recent District Court decision helps clarify what constitutes an adequate investigation. In Somaltus, LLC. v. The Noco Company.,[1] the Court held that the requirements of Section 285 did not require the patent holder to obtain the accused product to conduct an adequate pre-filing inquiry.

In Somaltus, the defendant was accused of infringing upon a patent for a battery tester and charger. (See the accused product here.) The plaintiff did not obtain an example of the infringing device prior to filing the lawsuit, and instead based its analysis on user manuals. During the case, the plaintiff did not request a copy of the product in response to the defendant’s noninfringement position. Finally, the defendant provided detailed noninfringement contentions that included schematics of the accused products confirming its position of noninfringement. After reviewing the detailed noninfringement contentions the patent holder voluntarily dismissed the lawsuit. Defendant subsequently asserted a claim for attorney’s fees under 35 U.S.C. § 285 under the theory that the plaintiff failed to conduct a reasonable pre-filing inquiry because the patent holder failed to purchase a sample product prior to filing suit and failed to request a sample product in discovery after receiving the initial noninfringement position from the defendant. The patent holder responded that it conducted a reasonable pre-suit investigation by preparing a claim chart based on publicly available information pertaining to accused product, specifically the owner’s manual. Further, plaintiff argued that defendant did not provide evidence supporting its non-infringement argument until it served the product

The Patent Act provides that “[t]he court in exceptional cases may award reasonable attorney fees to the prevailing party.” 35 U.S.C. § 285. The analysis under Section 285 is a two-step process. First, the “prevailing party” in the litigation must establish that the case is exceptional. Forest Labs., Inc. v. Abbott Labs., 339 F.3d 1324, 1327 (Fed. Cir. 2003). An “exceptional case” is “one that stands out from others with respect to the substantive strength of a party’s litigation position (considering both the governing law and the facts of the case) or the unreasonable manner in which the case was litigated.” Octane Fitness, LLC v. ICON Health & Fitness, Inc., 134 S.Ct. 1749, 1756 (2014).

In the past, the Federal Circuit has said that the plaintiff is required to purchase a sample of the allegedly infringing product prior to filing suit.[2] However, the Federal Circuit subsequently said that this was not a brightline requirement.[3] Instead, the key factor in deciding whether a pre-filing inquiry is reasonable is, whether an infringement analysis consists of a “good faith, informed comparison of the claims of a patent against the accused subject matter.” Such a comparison is a sufficient guard against a finding of exceptionality under 35 U.S.C § 285.

In this case, the Court held that the patent holder conducted a reasonable pre-filing inquiry despite failing to purchase the publicly for sale, infringing device because they conducted an infringement analysis which included “an informed comparison of the claims of the patent against publicly available information regarding the charger.” More specifically, the plaintiff based their comparison on email correspondence with the defendant, the Product User Guide, and the Owner’s Manual.

While in some cases the failure to examine a physical example of an infringing device can result in an award of reasonable attorney’s fees under 35 U.S.C. § 285, it is not an absolute requirement that an example of an allegedly infringing product be obtained for a pre-suit investigation to be reasonable. As was shown in Somaltus, an informed comparison of the claims of the allegedly infringed patent against publicly available information can be sufficient. Sources of publicly available information can be owner’s manuals and user manuals. Of course, obtaining an example of an infringing product can be advantageous when comparing it to the claims of an existing patent and can be protection against an attorney’s fee claim, but it is not absolutely required.