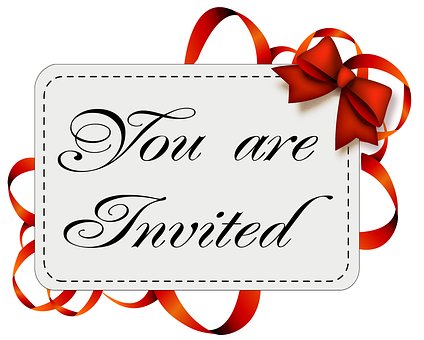 In a recent decision, the Federal Circuit Court of Appeals (“the CAFC”) reinvigorated the definition of “real party in interest” (hereinafter “RPI”) as found in the Patent Act, 35 U.S.C. §§  325 and 315(b).  The CAFC’s holding regarding RPI’s will increase the importance of properly identifying all real parties in interest in inter partes review proceedings (IPRs) before the Patent Trial and Appeal Board (the Board).  Failing to properly identify an RPI could be grounds for dismissal of an IPR and preclude an RPI from later asserting claims or defenses in district court litigation.  Moreover, because proper identification of an RPI is a factual determination based in part on the organizational innerworkings of IPR participants, the CAFC’s definition of an RPI is important knowledge for corporate executives as well as outside counsel.

The decision underlying the reinvigoration of RPI jurisprudence is Applications in Internet Time, LLC v. RPX Corp.,  which addressed an appeal from an IPR.  RPX, in short, is a company that helps its clients defend against patent infringement lawsuits from non-practicing entities (also known as “patent trolls”).  One way in which RPX assists its clients is through filing IPRs to invalidate patents asserted against RPX’s clients.

Salesforce—a software company—is a client of RPX.  On November 20, 2013, Salesforce was served with a complaint by Applications in Internet Time, LLC (“AIT”) for allegedly infringing two patents: U.S. Patent Nos. 7,356,482 and 8,484,111 (“the Asserted Patents”).  Service of AIT’s complaint upon Salesforce triggered a one-year deadline for Salesforce (and related RPIs of Salesforce) to file an IPR against the Asserted Patents pursuant to 35 U.S.C. § 315(b).

More than one year after Salesforce was served, in August of 2015, RPX filed IPR petitions challenging the patentability of claims in the Asserted Patents.  In each petition, RPX identified itself as the sole real party-in-interest.  At the institution phase of the IPR, AIT challenged the RPX’s petitions as failing to identify Salesforce as an RPI.  The Board ultimately found AIT’s arguments unpersuasive and determined in a Final Decision that AIT’s challenged claims were unpatentable.  AIT appealed to the CAFC, arguing that the Board misconstrued the laws of privity and real party in interest under 35 U.S.C. § 315(b).

35 U.S.C. § 315(b) provides that “[a]n inter partes review may not be instituted if the petition requesting the proceeding is filed more than 1 year after the date on which the petitioner, real party in interest, or privy of the petitioner is served with a complaint alleging infringement of the patent.”  A non-exhaustive list of factors which tend to evidence an RPI relationship include whether a third-party controls the IPR participant, or whether an IPR litigant is (1) an agent existing or used solely for the purpose of bringing a lawsuit, (2) an agent with an ownership interest in the lawsuit, or (3) assignees of rights to sue.  The IPR petitioner ultimately bears the burden of proving that all RPIs have been identified.

On appeal, the CAFC found that the Board “applied an unduly restrictive test for determining whether a person or entity is [an RPI] within the meaning of § 315(b) and failed to consider the entirety of the evidentiary record in assessing whether § 315(b) barred institution of [RPX’s] IPRs.”  The CAFC held that the Board must assess “practicable and equitable” considerations when determining the existence of RPIs.  Specifically, the CAFC held that “[d]etermining whether a non-party is [an RPI] demands a flexible approach that takes into account both equitable and practical considerations, with an eye toward determining whether the non-party is a clear beneficiary that has a preexisting, established, relationship with the petition.”

Per the CAFC, the Board failed to consider a number of factual circumstances related to identifying RPIs, including Salesforce’s relationship with RPX and the nature of RPX as a patent defense entity. The CAFC also diminished the significance of the fact that RPX has an independent interest in the IPRs in part by emphasizing the occasional reality of having more than one RPI.  Per the CAFC:

The Board seemed to believe that, so long as RPX articulated an independent interest in pursuing the IPRs, that was enough to make it—and not Salesforce—the real party in interest. But, as discussed above, § 315(b) does not presume the existence of only one real party in interest—it is not an either-or proposition. The point is not to probe RPX’s interest (it does not need any); rather, it is to probe the extent to which Salesforce—as RPX’s client—has an interest in and will benefit from RPX’s actions, and inquire whether RPX can be said to be representing that interest after examining its relationship with Salesforce. The Board’s focus on RPX’s motivations to the exclusion of Salesforce’s reveals its misunderstanding of controlling legal principles.

The CAFC concluded that “the Board’s determination that Salesforce was not a real party in interest under § 315(b) relied on an impermissibly narrow understanding of the common-law meaning of the term.”

The CAFC’s decision in Applications in Internet Time could have wider affects than on the sufficiency of IPR petitions.  For instance, in Tinnus Enterprises, LLC v. Telebrands Corp., Case No. 6:17-CV-00170-RWS, 2018 WL 3993468 (E.D. Tex. Aug. 21, 2018), a U.S. District Judge applied the CAFC’s jurisprudence to find that an entity being indemnified (Bed Bath and Beyond) by a co-defendant (Telebrands) was an RPI of Telebrands through the indemnification agreement.  As a result, Bed Bath and Beyond was estopped from asserting arguments of invalidity in District Court that were similar to arguments made by Telebrands in a prior IPR petition.

However, despite the CAFC’s reinvigoration of RPI jurisprudence, patent owners asserting that petitions fail to identify all RPIs still must present “some evidence that tends to show that a particular third-party should be named as a real party in interest.”  Just recently, the PTAB determined that a patent owner being sued by LG Electronics failed to show the existence of an interested third party when the patent owner failed to “demonstrate or tend to show that the Petition was filed at [the third-party’s] behest, or that [the third-party] exercised or could have exercised control over LG Electronics’ participation in the [IPR] proceedings.”  See LG Elecs. Inc. et al. v. Fundamental Innov. Sys. Int. LLC, IPR No. 2018-00683, 2018 WL 4691257 (Sep. 27, 2018).

For IPR petitioners, consider all relevant agreements and corporate associations with third parties that could tend to show a preexistent relationship with the third party and consider how the IPR could benefit any third parties.