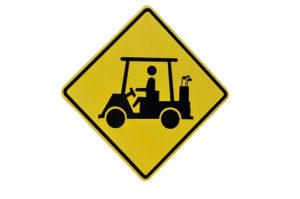 Inter Partes Review (IPR) is an effective procedure for invalidating a competitor’s patent whereby a petitioner cites other patents and printed publications (i.e., “prior art”) to argue that a patented invention is not new or non-obvious. Typically, a petitioner should assert prior art that was not considered by the Patent Office during prosecution to increase the likelihood that the Patent Trial and Appeal Board (PTAB) will institute the proceeding. To this end, a petitioner’s prior art search should include foreign language databases of technical publications and patent documents in addition to English language publications.

A petitioner is required to obtain a certified translation of a foreign language reference prior to submitting the reference. The specific translation can be a critical factor in the Board’s determination of whether to institute the petition (i.e., proceed to trial). Recently, a dispute concerning a translation resulted in an IPR petition being instituted.

In 2017, Yamaha Golf Car Co. of Japan petitioned to invalidate U.S. Pat. No. 7,239,965 and U.S. Pat. No. 7,480,569, which claimed methods and systems for controlling a golf cart. Yamaha submitted as prior art a previously undisclosed Japanese patent application (Publication No. H9-128053 B2), arguing that the Japanese reference disclosed the patents’ “golf cart” limitation by citing the English translation of the Japanese phrase “electric transport vehicle” found in the Japanese reference. The patent owner submitted a competing translation that indicated that the disputed phrase referred to a “caddie cart,” not a “golf cart” as urged by the petitioner.

The PTAB initially adopted the patent owner’s translation and determined the petitioner did not establish a reasonable likelihood of prevailing on its assertation that any of the claims were unpatentable. Yamaha filed a request for reconsideration and argued that the translation dispute was a material issue of fact that the Board must resolve in Yamaha’s favor pursuant to 37 C.F.R. §42.108(c). On reconsideration, the Board ultimately agreed with Yamaha,[i] and provided as follows:

As a result, the Board ultimately held that, “at this stage of the proceeding, and viewing all disputed material facts in a light favorable to Petitioner, Petitioner presents a reasonable likelihood of prevailing.”

[i] Order on Reconsideration filed June 26, 2018 and available here.