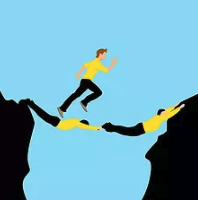 In a recent precedential opinion, the PTAB adopted a seven-factor test for determining whether to institute a “follow-on” IPR petition.[1] Follow-on petitions seek to invalidate the same claims as a previous IPR petition, possibly in response to a prior decision issued by the Board. The seven-factor test is intended to preclude follow-on petitions that the Board deems unfair because, for example, the petitioner is using the Board’s prior decision “as a roadmap, until a ground is found that results in the grant of review.” Petitioners should be aware of the Board’s precedential factors as they may preclude PTAB review of more than one petition. Patent owners should also be aware so they can leverage the factors to stop repeated attempts at invalidating their patents.

Whether the same petitioner previously filed a petition directed to the same claims of the same patent;

Whether at the time of filing of the first petition the petitioner knew of the prior art asserted in the second petition or should have known of it;[2]

Whether the petitioner provides adequate explanation for the time elapsed between the filings of multiple petitions directed to the same claims of the same patent;

The finite resources of the Board; and

The requirement under 35 U.S.C. § 316(a)(11) to issue a final determination not later than 1 year after the date on which the Director notices institution of review.

Applying these factors, the Board denied institution because the follow-on petitions were filed (1) by the same petitioner against the same claims; (2) nine months after the original petitions;[4] and (3) after the petitioner received the Patent Owner’s Response and the Board’s decisions denying institution. (November Decision at 11-12.)

Importantly, the Board also found that “Petitioner had modified its follow-on petitions in an attempt to cure the deficiencies that the Board identified in its first-filed petitions,” which constituted a “shift in Petitioner’s positions and arguments from the first-filed petitions.” (November Decision at 12.) This finding was reiterated by the Board in its September 2017 decision, which denied the petitioner’s Request for Rehearing. There, the Board stated in a now precedential section of its decision that it was concerned “by the shifts in the prior art asserted and the related arguments in follow-on petitions,” which can enable petitioners to use PTAB decisions “as a roadmap, until a ground is found that results in the grant of review.”[5] (September Decision at 17.)

Petitioners will note, however, that the PTAB recognized “there may be circumstances where multiple petitions by the same petitioner against the same claims of a patent should be permitted.” (September Decision at 18.) For example, the PTAB indicated that claim construction decisions in PTAB or district court litigation could provide a basis for new IPRs, (see November Decision at 11), as could a “surprising” argument in the patent owner’s response. (Id. at 9; September Decision at 21.)

So far, only a few PTAB panels have granted institution of a follow-on petition since the September Decision. For example, in Panduit Corp. v. CCS Tech., Inc.,[6] the PTAB instituted a follow-on petition after the petitioner received the patent owner’s response and the Board’s institution decision in the original petition. However, institution was denied in the original petition in part because a document alleged to be prior art was not a “printed publication” within the meaning of 35 U.S.C. § 102.[7] Therefore, because the Board did not analyze and apply this document, the petitioner was not “using the PTAB’s decision as a road map,” and discretionary denial was unwarranted. Panduit, (Paper 8 at 9).

Other prior cases demonstrate additional circumstances in which follow-on petitions have been instituted. In Tricklestar LLC v. Embertec Pty. Ltd., the Board instituted review when a follow-on petition (1) was filed just over a month after the institution decision in the original petition; (2) was directed only to claims for which institution was denied; and (3) cited a new reference that expressly disclosed the missing “minor” element that was determined to be absent in the prior art following claim construction. IPR2017-00839 (PTAB July 10, 2017) (Paper 11 at 31). Moreover, the Board highlighted the patent owner’s failure to contest the relevance of the petitioner’s new prior art reference. Id. at 31-32. In Wockhardt Bio AG v. Janssen Oncology, Inc. and Mylan v. Janssen Oncology, Inc.,[8] the Board instituted review of follow-on petitions that (1) were filed by a different petitioner; (2) relied upon new declarants; and (3) comprised pre-emptive arguments of objective indicia of non-obviousness—a “fact-specific analysis that often turns on evidence presented during trial.” See, e.g., Wockhardt, IPR2016-01582 (PTAB Jan. 19, 2017) (Paper 29 at 18). Notably, in both Wockhardt and Mylan, the Board had not decided the outcome of the original petition, and neither follow-on petitioner sought to “cure” the original petition. See id. at 19.

Spend the time and resources to make your first petition your best, as you may not have another opportunity to raise prior art or modify invalidity arguments once the first petition is filed.

In any follow-on petition, ensure that your invalidity positions are consistent with previous filings to avoid a finding that your arguments have “shifted” over time, unless the patent owner presents a “surprising” argument in its response. If relevant, also consider pre-emptively raising rebuttal arguments against objective indicia of non-obviousness, as these arguments are typically not resolved until trial.

Ensure that the Patent Owner Response closely adheres to the allegations in the Petition to avoid any assertion of a “surprise” argument. Also to that end, be consistent in your positions in PTAB and district court filings, including claim construction.

In responding to follow-on petitions, identify and emphasize any “shifts” in allegations of invalidity and any arguments derived from a previous Board decision.

[2] See also 35 U.S.C. 325(d), which provides, “[i]n determining whether to institute or order a proceeding . . . the Director may . . . reject the petition or request because, the same or substantially the same prior art or arguments previously were presented to the Office.”

[4] Petitioner did not present any reason for the delay.