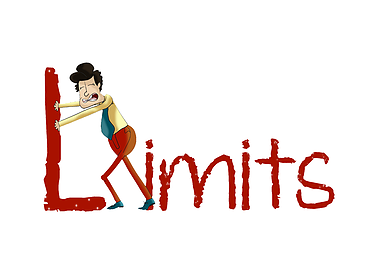 The PTAB recently limited companies’ ability to utilize the doctrine of sovereign immunity to avoid IPR proceedings. Companies have been assigning their patents to state entities and Tribal governments to protect their IP and attempt to avoid IPR proceedings. The law in this area, however, is in flux, so patent owners may want to reconsider any arrangements with such entities before transferring their patents.

State, Federal, and Tribal governments generally enjoy immunity from lawsuits per the United States Constitution. This means that patents owned by states (e.g., a state university) are immune from IPR proceedings. The same was thought to apply to Tribal governments, but the PTAB just put a halt to this practice.

In 2017, Allergan attempted to avail itself of the doctrine of sovereign immunity by assigning patents already challenged in IPR proceedings to the St. Regis Mohawk Nation (SRMN). The patents covered Allergan’s billion dollar per year blockbuster drug, RESTASIS®. Allergan paid SRMN $13.75 million to transfer the patents. SRMN then granted an exclusive license back to Allergan for up to $15 million per year in royalties. Allergan thought this agreement was a well-spent insurance policy that would protect future profits and Allergan’s patents from IPR proceedings.

The PTAB, however, just ruled that tribal sovereign immunity does not apply to IPR proceedings. Without expressly calling Allergan’s arrangement a sham transaction, the PTAB found that Allergan remains the effective patent owner due to the terms of the exclusive license agreement. The PTAB also side-stepped application of sovereign immunity by reasoning that the Board’s authority is limited to assessing the patentability of the patents, and therefore does not have authority over the patent owner—just the patents.

The PTAB placed another limitation on these arrangements in late 2017, finding that the University of Minnesota (UM) waived its sovereign immunity defense in an IPR proceeding by offensively filing a patent infringement lawsuit in federal court asserting the same patent. Although the PTAB agreed that the state is normally immune to IPR proceedings, the PTAB found it would be unfair and inconsistent to allow UM to selectively avail itself of the federal government’s authority in district court, while at the same time invoking a defense asserting sovereign immunity to dodge an IPR proceeding before a different branch of the government.

The law in this area is evolving quickly. Selling patents to Tribal governments to protect against IPR proceedings is no longer a viable option (to the extent it ever was). States still have limited immunity, but the PTAB may start scrutinizing the terms of the transfer agreement before granting immunity. Each transaction is unique, so it is important to fully analyze whether such an arrangement is right for your patents and business.