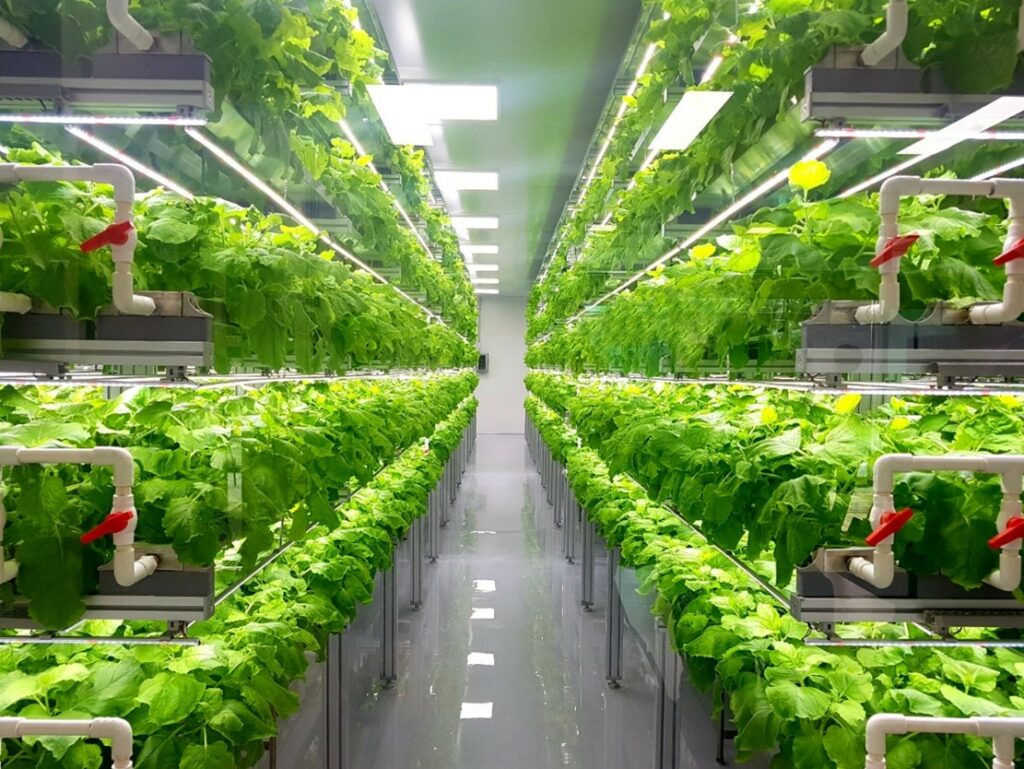 The agriculture industry is undergoing rapid and revolutionary changes. Inventors should take notice.

The traditional farming system is threatened by accelerating water shortages and an ever-growing population. To sustain everyone, it must receive some major remodeling. One proposed solution is vertical farming – the practice of growing crops in vertically stacked layers in a controlled environment, often using soilless farming techniques such as hydroponics.

Vertical farming provides numerous benefits over traditional farming. It uses up to 95% less water, achieves 5-10x faster growth cycles, and eliminates the need for herbicides or pesticides. Moreover, because it is indoors, it is essentially impervious to climate change.

The vertical farming industry is fertile ground for innovation. Nearly the entire process from seed to harvest can be automated and optimized. Vertical farming already achieves 130x more produce per acre than traditional agriculture. This number will only continue to grow as vertical farmers implement the latest discoveries in a wide range of technologies, such as AI, renewable energy production, and efficient lighting.

The number of patent applications related to vertical farming has grown exponentially in recent years. Until 2007, less than 50 patent applications per year were filed pertaining to smart agriculture. In 2016, that number was close to 900, dominated by big players such as Panasonic and LG. The smart agriculture market is ripe for harvest. Now is the time to go hunting for inventions, by adapting current and future technology in useful and innovative ways.

Inventors should not be thinking about what they want to protect today, but instead think 10 years into the future and decide what market space they would like to control. It is important to file patent applications sooner rather than later, while there is plenty of room to invent and patent to fence out future competitors.

WHIPgroup can help you patent your discoveries and innovations in all branches of science and technology. Contact a patent attorney today to discuss.