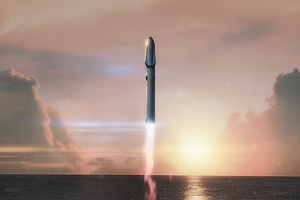 The commercial space race is heating up.  In December 2017, Blue Origin conducted a successful sub-orbital flight and landing of its New Shepard 3 spacecraft, which carried a capsule manned by a test dummy named “Mannequin Skywalker”.  SpaceX followed this opening act with its launch of the Falcon Heavy rocket.  Once in space, the Falcon Heavy released “Starman” sitting in a Tesla Roadster blasting David Bowe’s “Life on Mars”.  Shortly thereafter, Stratolaunch Systems accelerated its carrier aircraft to high speeds during taxi tests.   The carrier will fly to high altitudes before deploying launch vehicles bound for space.  Other companies like Orbital ATK, Virgin Galactic, and China’s Link Space are also jockeying for the top spot in the space race.

As a result of this surge in innovation within the commercial space industry, companies have each developed their own IP strategy.  For example, Blue Origin and Orbital ATK have been filing patent applications to obtain protection for their aerospace research and development.  A recent search in the USPTO database shows that Blue Origin has more than 15 issued patents directed to bidirectional control surfaces for use with high speed vehicles, sea landing of space launch vehicles, and composite structures for aerospace vehicles.

In contrast, SpaceX has decided to maintain its emerging technology as trade secrets and avoid patents.  SpaceX CEO Elon Musk once stated when asked about his company’s technology, “I can’t tell you much. We have essentially no patents in SpaceX. Our primary long-term competition is in China—if we published patents, it would be farcical, because the Chinese would just use them as a recipe book.”[1]  The basis behind this comment lies in the fact that patent applications and issued patents are published.

Although it may be justified to have the concern that other companies – especially those in countries having weaker IP laws and enforcement – may use one’s application as a recipe book, keeping something secret has its own risks.  A trade secret can potentially be leaked with the departure of an employee.  Also, a trade secret can be stolen through hacks and data breaches, many of which originate outside the US and are conducted by anonymous actors that are hard to track down.  Recourse in such a situation is often difficult.  The law of trade secrets only prevents others from using trade secrets that have been acquired by misappropriation or improper means.  As such, trade secret protection will not help against independent discovery or reverse engineering of an invention.  The biggest issue with trade secret is that once the secret is made public, anyone has access to the information and can use it at will.  If a misappropriator were to release a trade secret to the public, another party who does not have knowledge of or reason to know that the information is a trade secret and was acquired by improper means may be able to escape liability or be subjected to limited liability.

Patent protection, however, does not have these disadvantages.  A patent can provide more secure protection because it gives the right to exclude anyone from using the invention for a period of time (usually 20 years), irrespective of any subsequent independent discovery or reverse engineering.  If the invention is susceptible to reverse engineering, then a patent should be the preferred form of protection.  Patents are useful for companies that develop technological breakthroughs in competitive industries. Nevertheless, patents provide protection only for a limited time.  Additionally, the process of obtaining a patent for an invention may take several years.  A company operating in a field where technology evolves rapidly may find patents less beneficial.

Any company must evaluate their emerging technology on a case by case basis and determine whether obtaining a patent on the invention or keeping it a secret offers better protection.  A balance between patent protection and trade secrets will provide an optimal strategy for protecting a company’s IP assets.