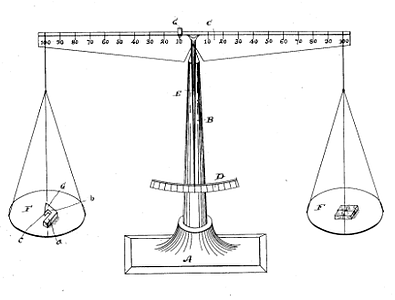 Inter partes review (“IPR”) proceedings are infamous for their high patent invalidation rate. To protect against wholesale patent loss, Congress gave Patent Owners the right to make narrowing amendments to any challenged claims. 35 U.S.C § 316(d). Yet, Congress did not clearly establish who bears the burden of proving such clams patentable. Petitioners generally “have the burden of proving a proposition of unpatentability by a preponderance of the evidence.” 35 U.S.C. § 316(e). However, the PTAB relied on the USPTO’s promulgated rules to require that Patent Owners provide proposed amended claims patentable. 37 C.F.R. § 42.20(c) (“[t]he moving party has the burden of proof to establish that it is entitled to the requested relief.”); see 35 U.S.C. § 316(a)(9). Despite initially upholding the PTAB’s decision, the Federal Circuit found in Aqua Products v. Matal that Petitioners must show that amended claims are unpatentable. No. 2015–1177 (Fed. Cir. Oct. 4, 2017).

In one of the earliest IPR decisions, the PTAB found that 37 C.F.R. § 42.20(c) did not place “[t]he burden . . . on the petitioner to show unpatentability, but on the patent owner to show patentable distinction over the prior art.” Idle Free Sys., Inc. v. Bergstrom, IPR 2012–00027, at *4 (PTAB June 11, 2013). The Federal Circuit later found that the Idle Free decision was not “plainly erroneous or inconsistent with the regulation or governing statutes.” See Microsoft Corp. v. Proxyconn, Inc., 789 F.3d 1292, 1307, n.4 (Fed. Cir. 2015). Indeed, the Court reasoned that requiring a Patent Owner to prove claims patentable is a good safeguard to prevent untested amendments:

During IPRs, once the PTO grants a patentee’s motion to amend, the substituted claims are not subject to further examination. Moreover, the petitioner may choose not to challenge the patentability of substitute claims if, for example, the amendments narrowed the claims such that the petitioner no longer faces a risk of infringement. If the patentee were not required to establish patentability of substitute claims over the prior art of record, an amended patent could issue despite the PTO having before it prior art that undermines patentability.

The en banc Federal Circuit in Aqua Products disagreed. In Aqua Products, a Patent Owner appealed a final written decision of the PTAB that denied a motion to amend claims because the Patent Owner failed to establish patentability. The Federal Circuit initially affirmed the PTAB’s decision, prompting the Patent Owner moved for consideration en banc. Despite five opinions and a disagreement over the application of the Chevron doctrine, a majority of the Federal Circuit judges agreed that “[t]he matter is remanded for the Board to issue a final decision under § 318(a) assessing the patentability of the proposed substitute claims without placing the burden of persuasion on the patent owner.” Writing for the plurality, Judge O’Malley stated that “Congress explicitly placed the burden of persuasion to prove propositions of unpatentability on the petitioner for all claims, including amended claims.” Aqua at 19. Furthermore, the plurality held that viewing 35 U.S.C § 316(e) in the broader context of the AIA and the legislative history did not change this analysis. Id. at 29-40. Finally, the plurality also found that there was the threat of unexamined amendments was vastly overstated. Id. at 40-42 (“[T]he ‘worst’ possible outcome is that a patent issues in which the previously-examined claims have been narrowed and clarified.”). Therefore, the Court reasoned that Petitioners properly bear the burden to prove all claims unpatentable in an IPR, whether original or amended.

The Federal Circuit’s decision in Aqua Products is a boon for Patent Owners looking to protect their intellectual property rights. Numerous Federal Circuit and PTAB decisions have already vacated PTAB decisions or directing additional briefing in light of Aqua Products. IPRs often involve art that was not considered during prosecution of the patent or claim construction issues not apparent at issuance. An accessible amendment procedure during IPR presents useful ways to deal with such art and clarify claim scope. Further, a conditional motion to amend can provide a method by which to ensure that the narrowest subject matter entitled to patent coverage survives the IPR.