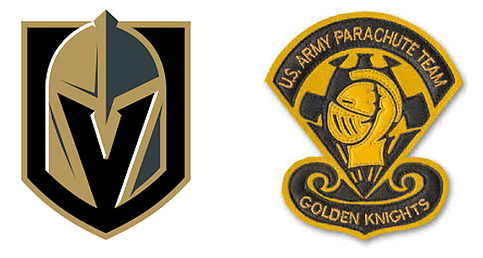 In 2016 the National Hockey League (NHL) approved the expansion bid for Las Vegas to become an NHL team for the 2017-18 season. For Bill Foley, the owner of the expansion team, everything had to move quickly after the approval to prepare for the next season. One thing that he had to come up with was a team name for this new organization.

Foley, who owns Black Knight Sports & Entertainment and is an Army West Point alum, originally selected the Black Knights for his sin city team in an apparent effort to pay homage to his alma mater, the Army Black Knights. Foley ultimately adopted a different name—possibly fearing a trademark conflict with the Army Black Knights or name confusion with a current NHL team, the Chicago Blackhawks. Foley opted to go with the Golden Knights—a nod to gold medals and Nevada’s rich gold history. Thus, the “Las Vegas Golden Knights” were born and played their first NHL game in the fall of 2017.

In January 2018 the TTAB allowed the two parties to suspend the proceedings for settlement discussions. If the case does not settle, the TTAB will move forward to decide if there is a likelihood of confusion between Las Vegas Golden Knights for an NHL hockey team and the Golden Knights with the U.S. Army’s parachuting team.

The Las Vegas Golden Knights have a strong case. For one, Foley registered the mark for professional ice hockey exhibitions, and the U.S. Army’s Golden Knights use the mark for a parachuting team. One would expect that types of teams are quite distinct and not prone to confusion. Also, the U.S. Army has not enforced their Golden Knight mark against other sports teams such as the University of Central Florida, the College of St. Rose and Clarkson University. Each of these schools have used Golden Knights for collegiate sports and the first two schools have registered trademarks for Golden Knights. Finally, there are various other teams, collegiate and otherwise who use Knights in their name. There are the Rutgers Scarlet Knights, Mount Saint Mary College Blue Knights, St. Francis High School Golden Knights in La Canada, CA and Northwest High School Knights in Cincinnati, Ohio. These other sports team examples make it hard for the Army to claim confusion just because of the color choice that Foley made.

The only argument that the U.S. Army seems to have against Las Vegas are the multiple occasions where Bill Foley has stated that he wants his hockey team to have a connection to his West Point Army roots. However, this showing of intent may be difficult to prove and is ultimately outweighed by other factors tending to show no likelihood of confusion.

So, if this case does proceed through the TTAB one thing is for sure, someone, most likely the U.S. Army, will lose this “Golden Knight” duel.