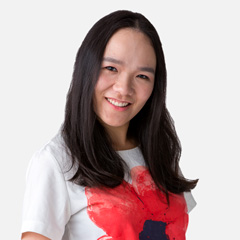 Ms. Zhang focuses her practice on patent prosecution and litigation in a wide range of technologies. Prior to joining WHIPgroup, she worked at a New York-based law firm, where she drafted and prosecuted patent applications on computer-implemented inventions, including smartphones and wireless communication systems. During law school, she completed externships with the Honorable Alvin W. Thompson (U.S. District Court of Connecticut) and the Connecticut Office of the Attorney General.