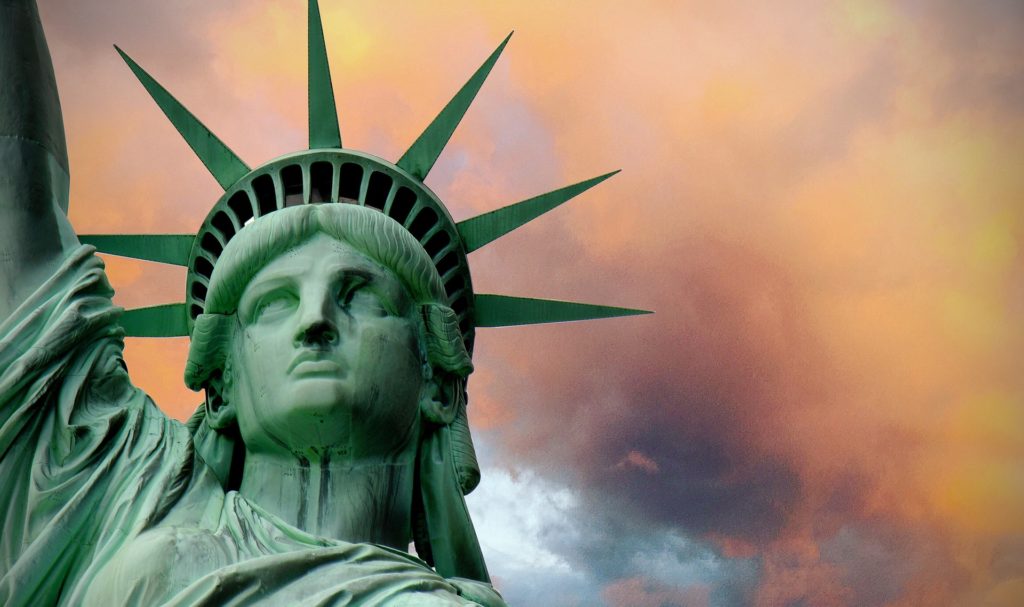 Imagine you want to use an image of the Statue of Liberty as your product’s label, could you register it through the U.S. Patent and Trademark Office (USPTO) and obtain trademark protection? Are there any additional requirements when you use such a “national symbol” as part of your trademark? What if you plan to print a photograph of Lady Liberty for a new version of your products, are you allowed to do so without infringing a third party’s copyright? This becomes more complicated if the image you used is not of the original Lady Liberty, but a replica created by someone else. Recently, The U.S. Postal Service (USPS) was ordered to pay over $3.5 million for copyright infringement to Robert S. Davidson, a sculptor who created a replica of the Statue of Liberty in Las Vegas, because the USPS wrongly used an image of the replica for a new version of the Forever Stamp.

In the Court of Federal Claims case, Davidson v. United States, the USPS argued there was no copyright infringement as the sculpture was a mere replica of the Statue of Liberty in New York Harbor and thus was not “original.”[1] USPS used the photograph of the replica in good faith, believing it was a picture of the original Statue of Liberty. However, the Court of Federal Claims ruled in favor of the sculptor and decided that the replica statue was an original and creative work, and thus was the subject of a valid copyright registration and protection. The court stated that the replica statue Davidson was hired to build was not an exact copy of the original Statue of Liberty, but a unique and creative work. Davidson made the replica statue with “a softer and more feminine” facial appearance, which sufficiently satisfied the “original” criteria and rendered his work entitled to copyright protection.[2] Specifically, the court stated that “[t]he eyes are different, the jaw line is less massive and the whole face is more rounded.”[3] The court also denied a fair use argument by stating the purpose, character, substantiality and portion of USPS’s use of protectable work weighed against a finding of fair use. At the end of the trial, the court awarded damages over $3.5 million to Davidson for infringement of his copyright.

The USPS had obtained this image from Getty Images, which was taken by a third-party photographer. The court held that, even though the USPS paid Getty Images $1,500 to obtain a license for this image, printing this image on stamps still infringed Davidson’s copyright because Getty Images had no rights to the underlying subject of the image.[4] For example, if you take a photo of a painting created by someone else, you do not have the right to grant others the right to use the image of the painting. If you put this image in commercial use or let others do so, it constitutes infringement of the original owner’s copyright.

The Statue of Liberty is perceived as a welcoming, “national symbol” of the United States. The Statue itself has unique and special significance because its meaning, appearance, and sound immediately refer to the United States and conjure many other positive feelings about the U.S. and its people. The USPTO does not prohibit registration of trademarks comprising national symbols. However, it does prohibit registration of marks that may falsely suggest a connection with them. For example, the court allowed Liberty Mutual Insurance Company to use its trademarks comprising a portion of the Statue of Liberty as it does not falsely suggest a connection with the Statue of Liberty or the United States government.

However, the federal government does prohibit registration of marks that contain “immoral, deceptive, or scandalous matter” or marks that “may disparage . . . persons, living or dead, institutions, beliefs, or national symbols, or bring them into contempt, or disrepute.” In the case of In re Advanced Armament Corp., LLC, the USPTO denied registration of a mark that the examiner considered “scandalous” and “disparaging” of the Statue of Liberty.[5] The owner of the mark, Advanced Armament Corp., LLC, is a company that manufactures gun products including silencers. The mark incorporated the Statue of Liberty holding a silencer in place of its torch, and a banner displaying the word “SILENCERS.”  The decision was overturned by the Trademark Trial and Appeal Board in 2013 after it found that the mark didn’t suggest any criminal activity. Instead, it could be viewed as a descriptive or generic reference to the actual goods; the silencers.

WHIPgroup was successful in reversing novelty rejections before the Patent Trial and Appeal Board (PTAB). The claimed invention relates to the protection of electrical machines and load against harmful shaft voltages that can cause bearing [Read More…]

Mr. Keeler is an experienced patent and trademark prosecutor and accomplished litigator. He draws heavily on his background in the electrical, computing, mechanical arts to obtain global patent protection for his clients. Mr. Keeler also [Read More…]