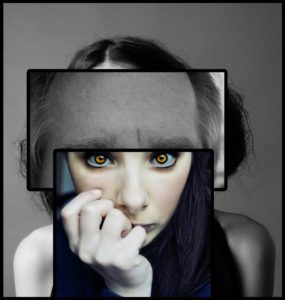 The Federal Circuit recently provided insight into the complicated issue of § 101 subject matter eligibility for method of treatment claims.  In Vanda Pharmaceuticals Inc v West-Ward Pharmaceuticals, 887 F.3d. 1117 (Fed. Cir. 2018), a patent eligibility challenge was asserted against claims for treating patients suffering from schizophrenia with iloperidone through use of genotyping assay and adjusting dosage of iloperidone based on those results.  Both the district court and the Federal Circuit found the claims eligible, but interestingly, on different grounds in the Mayo/Alice test.

Claim 1 of the litigated patent (U.S. Patent No. 8,586,610) is representative of the remaining claims and recites:

A method for treating a patient with iloperidone, wherein the patient is suffering from schizophrenia, the method comprising the steps of:

determining whether the patient is a CYP2D6 poor metabolizer by:

obtaining or having obtained a biological sample from the patient; and

performing or having performed a genotyping assay on the biological sample to determine if the patient has a CYP2D6 poor metabolizer genotype; and

if the patient has a CYP2D6 poor metabolizer genotype, then internally administering iloperidone to the patient in an amount of 12 mg/day or less, and

if the patient does not have a CYP2D6 poor metabolizer genotype, then internally administering iloperidone to the patient in an amount that is greater than 12 mg/day, up to 24 mg/day,

wherein a risk of QTc prolongation for a patient having a CYP2D6 poor metabolizer genotype is lower following the internal administration of 12 mg/day or less than it would be if the iloperidone were administered in an amount of greater than 12 mg/day, up to 24 mg/day.

The Federal Circuit held that this claim is not “directed to” the judicial exception of a law of nature.  Unlike the claims in Mayo which were directed to a diagnostic method based on entirely natural processes (e.g., relationships between concentrations of certain metabolites in the blood and the likelihood that a drug dosage is effective or causes harm), the claims in Vanda relate to a method of using iloperidone to treat schizophrenia requiring a treating doctor to administer specific amounts of iloperidone depending on the results of a genotyping assay. That is, the Vanda claims recite an application of a drug to treat a particular disease in addition to correlating drug dosage to a patient’s ability to metabolize the drug.  Moreover, the claims in Mayo merely recognized a need to increase or decrease a drug dosage, whereas the claims in this case recited the steps of carrying out a dosage regimen based on genetic testing.  The Federal Circuit accordingly found the Vandaclaims do not tie up a doctor’s treatment decisions to increase (or decrease) dosage levels.

Undoubtedly, the U.S. Patent Office will continue to refine its §101 examination process in the life sciences field as more decisions are issued by the Federal Circuit.

To ensure that a method of treatment claim includes patent eligible subject matter, the claim should recite steps that do more than depend on a law nature but apply the natural relationship in administering a drug for treating a disease.  Claims which are directed to a specific method of treatment for specific patients using a specific compound at specific doses to achieve a specific outcome have a greater chance of complying with § 101 requirements.